This new installation work is called “The Second Sex.” On each book is a unique pattern embroidered in the traditional Ningxia-style, usually used for shoe-pads. The embroidery are the characters from the Chinese edition of the famous book The Second Sex by Simone de Beauvoir. Originally published in 1949, this book is seen in the academic world as the Bible of the Western feminist movement. In the book, Beauvoir uses a very reason-based methodology to analyze the unequal treatment women face in society, and possibilities for transforming this inequality.

As for me and why I used this book as material for my work: it is not really to express some kind of homage to the book, but rather to provide a point of comparison from a completely different perspective and culture. The idea is one that developed gradually over three years of working together with my sisters in the Ningxia Hundred Flowers Embroidery Cooperative. These women are not extraordinary; they are much like millions upon millions of peasant women living in the Chinese hinterland. I am often made to think of the great contrast between the harshness of their living conditions and their attitude of optimism, even contentment.

To raise a small example: during one of our heart-to-heart talks, we spoke of the issue of childbearing. Because the homes of these women are located in drought-ridden villages in the western part of China, all of them, without exception, had borne their children at home. So extreme were the material conditions that, after they gave birth, they spent a week lying, not on sheets and blankets, but on kiln-fired yellow earth. When this brought a look of surprise and concern from me, they smiled and told me that the yellow dirt was pressed through a sieve, so it was very fine. Also, because it was kiln-fired, it helped avoid chills during the birthing and lying-in. Their tone was satisfied, and even happy.

I think Beauvoir’s purpose in writing this book must have been to struggle for happiness for herself and other women. This is why she received higher education, and chose not to have children. This is how she became one of the models of Western independent women. But I often wonder: do we actually we gain happiness by struggle and strategy, or by giving and tolerance? Can gaining knowledge in and of itself bring us closer to happiness?
With these questions, the sisters from the Hundred Flowers Embroidery Cooperative and I completed the work “The Second Sex” with their own form of“writing” —– the decorative patterns which have been passed down from generation to generation, with which they meticulously embroidered this Bible of Western feminism to present to the public. I hope every member of the audience can find their own answer.

（This piece is in collaboration with the Ningxia Hundred Flowers Cooperative.） 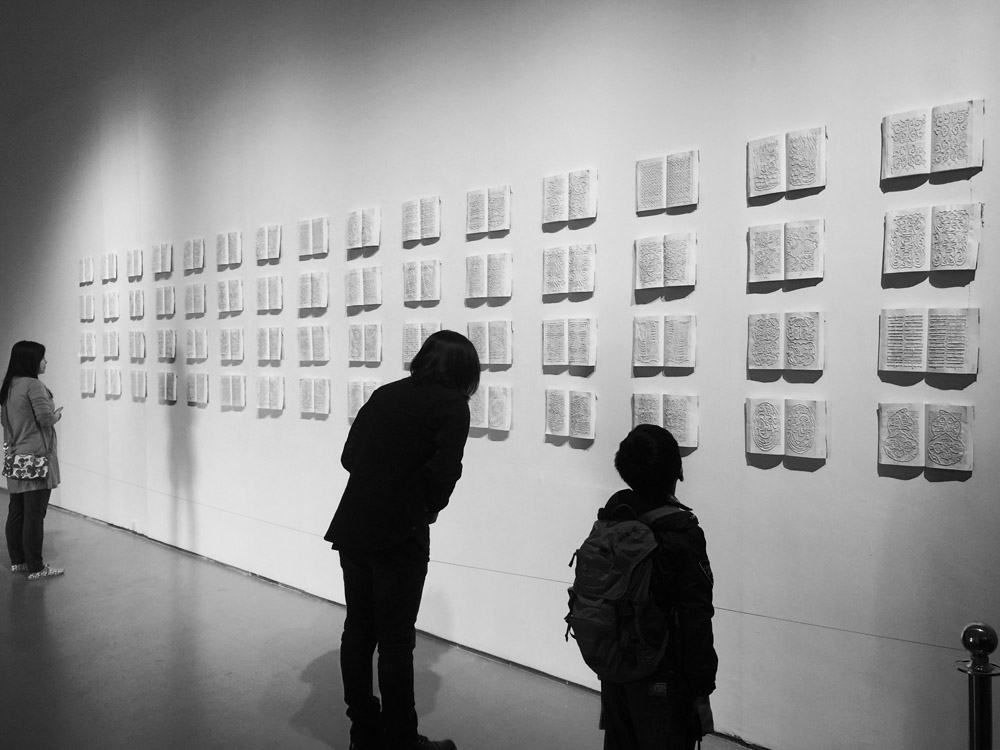 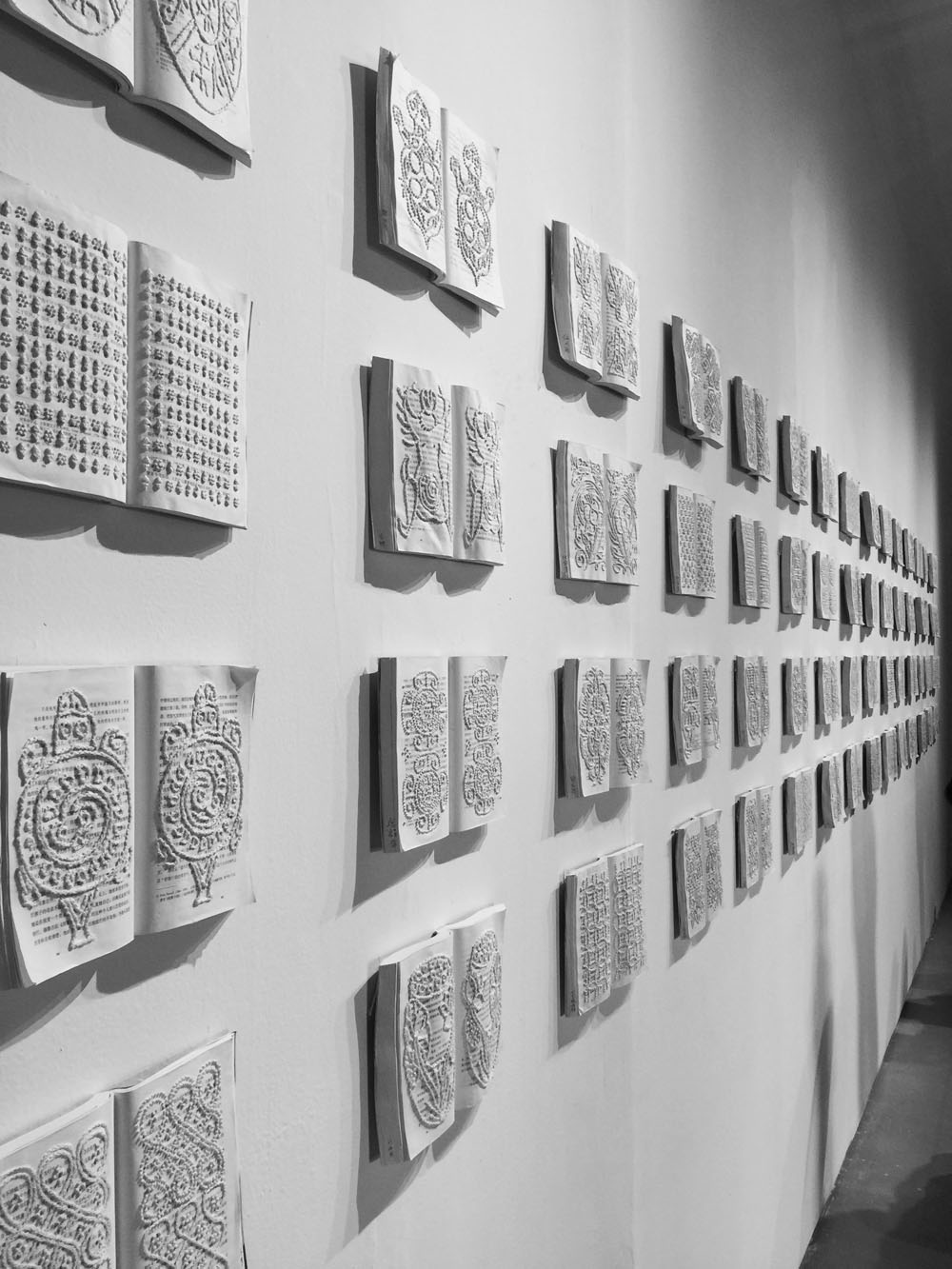 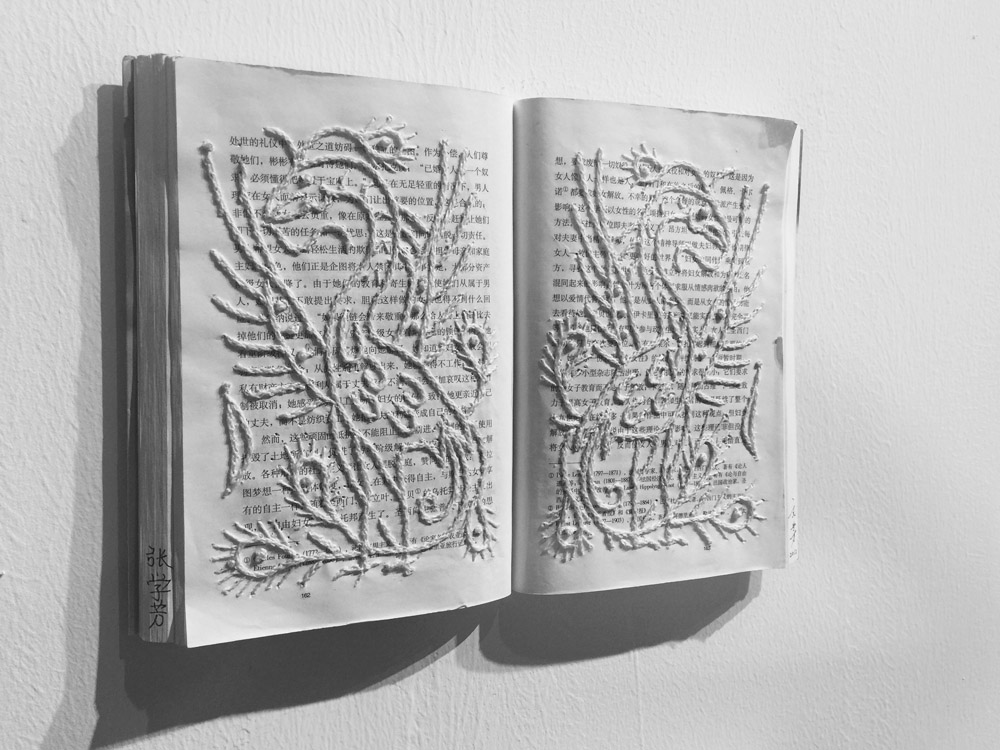 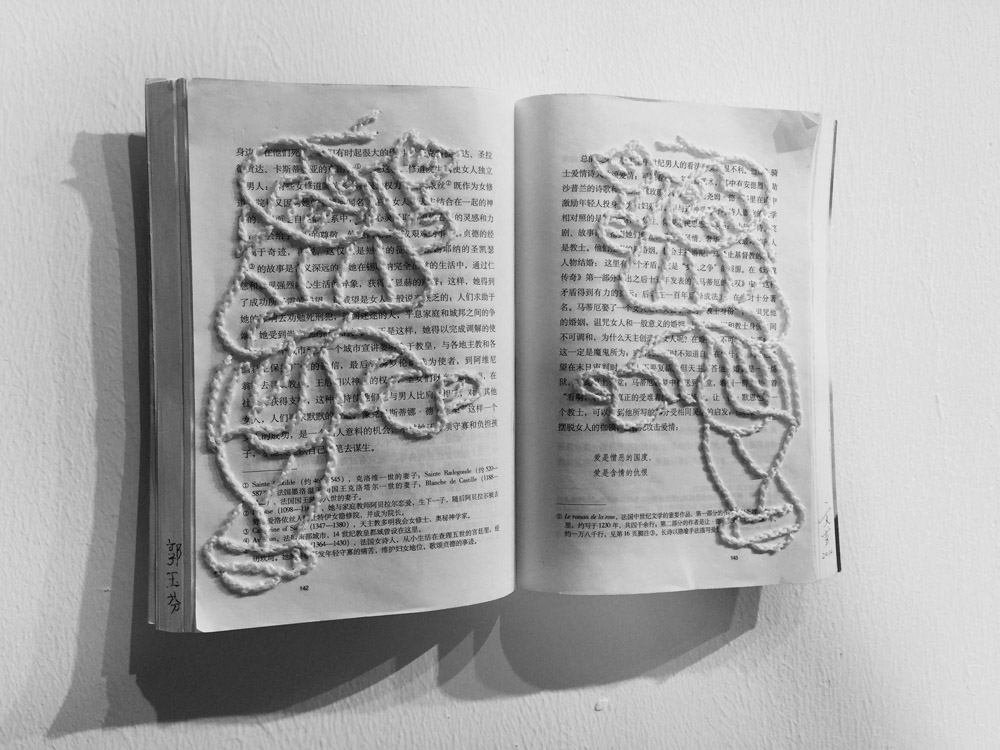