Mahjong is a game of Chinese origin that is usually played by four people with tiles resembling dominoes, bearing various designs. Of 144 tiles, there exist three suits; dots, representing coins; bamboo, representing string holding the coins together; and characters, of which each represents ten thousand coins. The set also contains tiles representing wind (north, south, east, and west; red, green, and white) and flower tiles that act as wild cards replacing unwanted tiles of another suit. Though flower tiles can lend a hand in creating a particular meld, wind tiles have the greatest possibility of transforming a mediocre hand into a substantial win.

When traced back to early times, there is a long relationship between bricks and mahjong. Mahjong is a considerable part of Chinese lives, as it seems to materialize Chinese wisdom. The value of mahjong pieces are more or less the same. Tiles are drawn, discarded, and lined up in a row resembling the Great Wall until one player wins the round by creating a standard mahjong hand consisting of a certain number of melds. There are many ways to win; thus, the winning hand depends entirely on timing, decisions, and the feelings of the players.

In the New Golden Brick: Mahjong, the three traditional suits are replaced by tiles representing “Wealth (dots)”, “Food (bamboo)”, and “Lust (characters)”. In respect for the spiritual and iconic realms, the traditional wind pieces are substituted by revered beings. I fitted mirrors on four of the mah-jonggs that used to be flowers. The reason behind this is so that you can see your smile all the time…

In some views, the point of playing Mahjong is to display your military science knowledge. However, in actuality, “enjoying the game is the absolute principle”. This is the original intention for why I created this series of Mahjong. 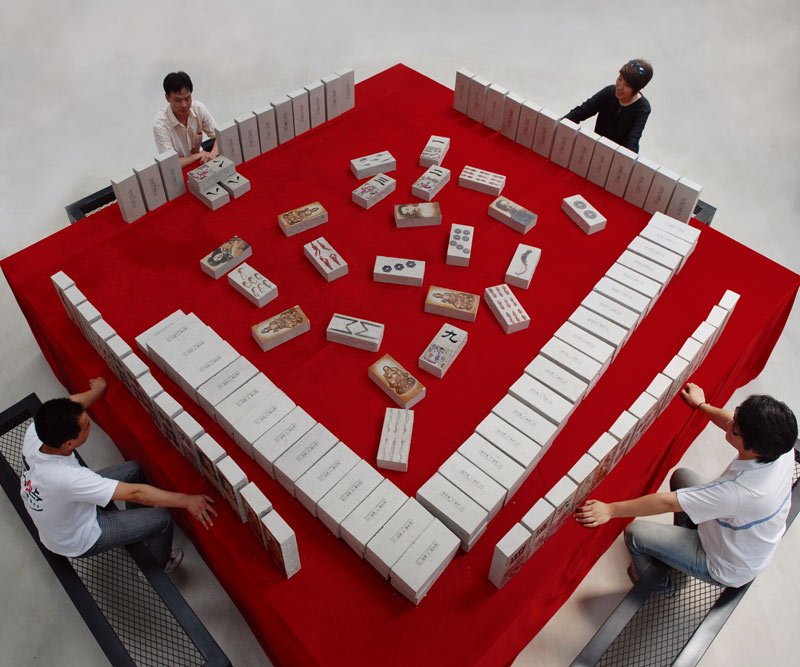 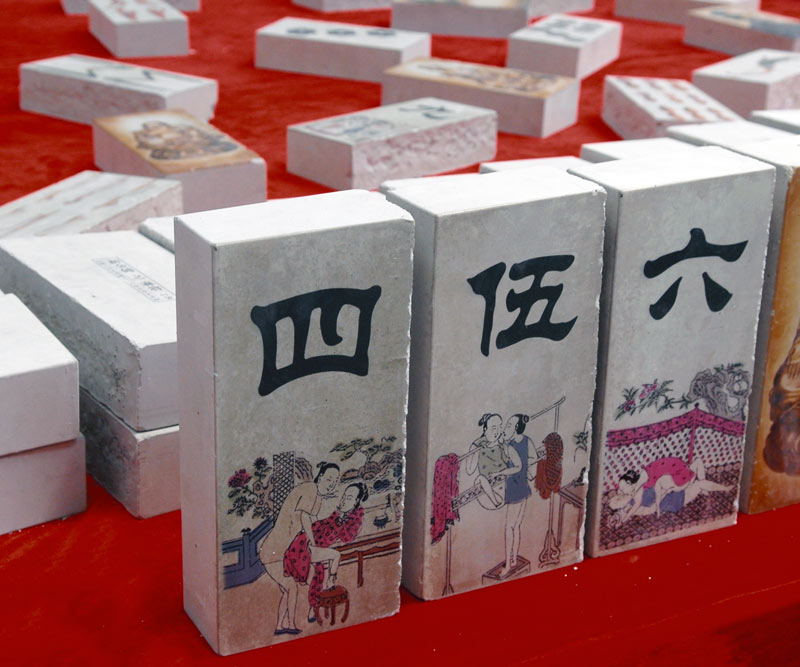 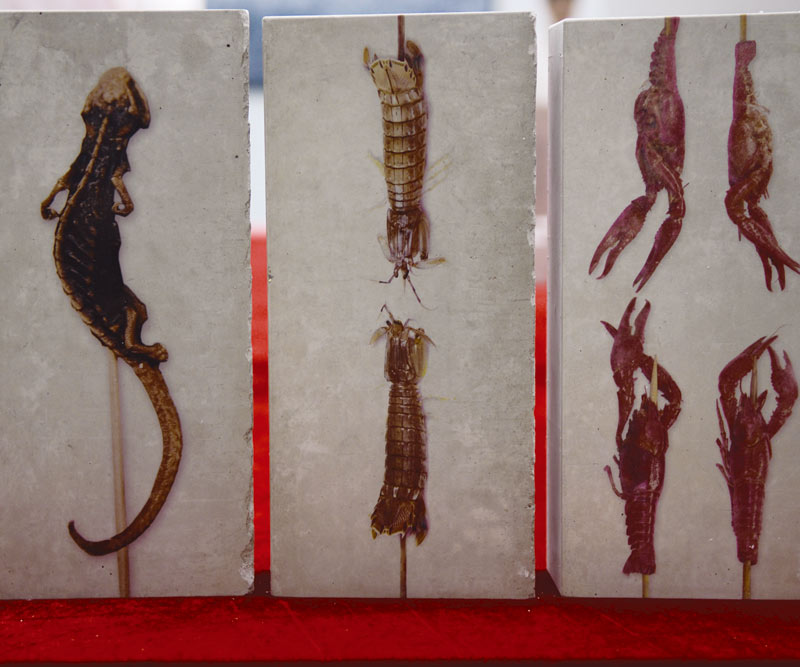 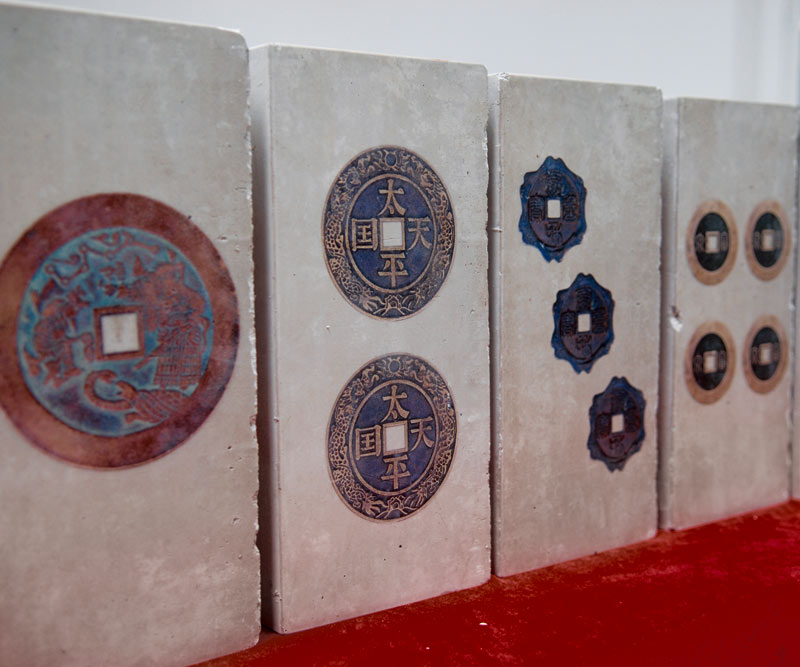