In the Spring of 2015，I began writing the Avatamsaka Sutra (Flower Garland Sutra) of Mahayana Buddhism on Chinese painting paper, using an inkless pen. Every day I wrote non-stop for five hours until I had completely filled 108 rolls of paper. By the time I had copied the sutra 108 times, 10 months had passed.

I wrote over 400,000 characters, scratching them on over 400 meters of paper scrolls. Even then, my work was incomplete. The most important step was yet to come.

May 4 to May 21, 2016, in a gallery of the Beijing Times Art Museum, I ironed flat the markings I had made, character by character, while engaging in conversation with gallery visitors. In those few short days, I eliminated all the traces of 10 months of work. In the end, after I had copied 108 scriptures, only 108 rolls of white paper were left. 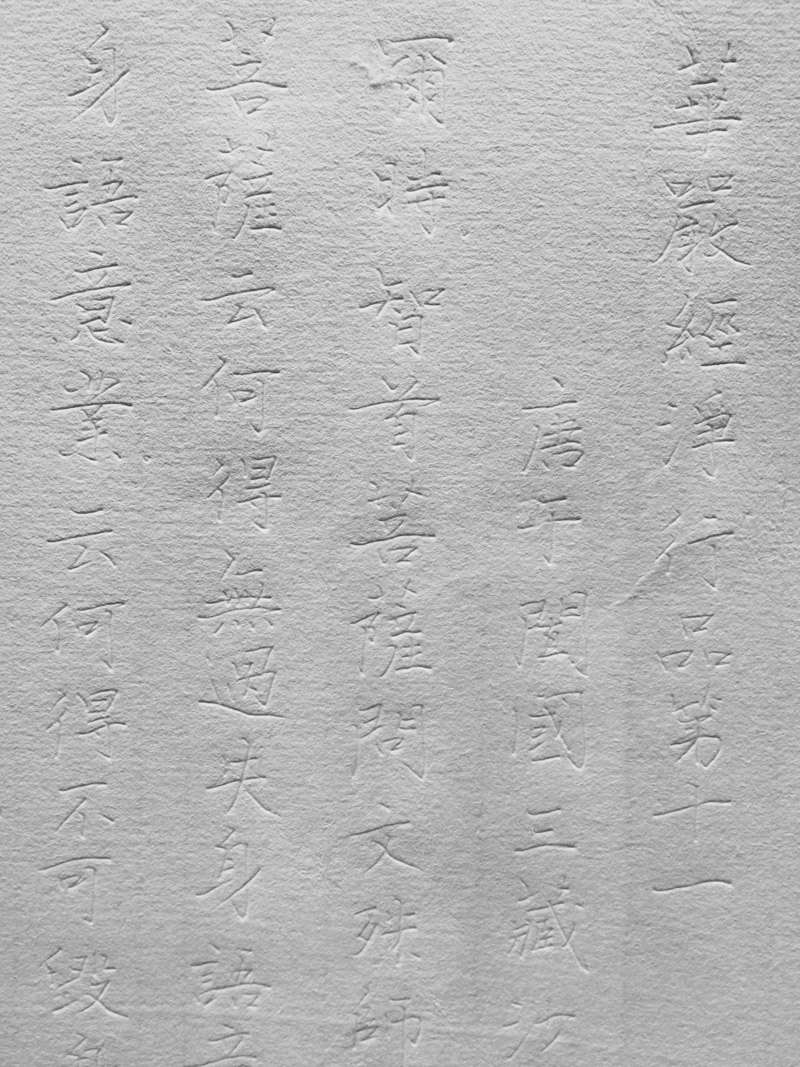 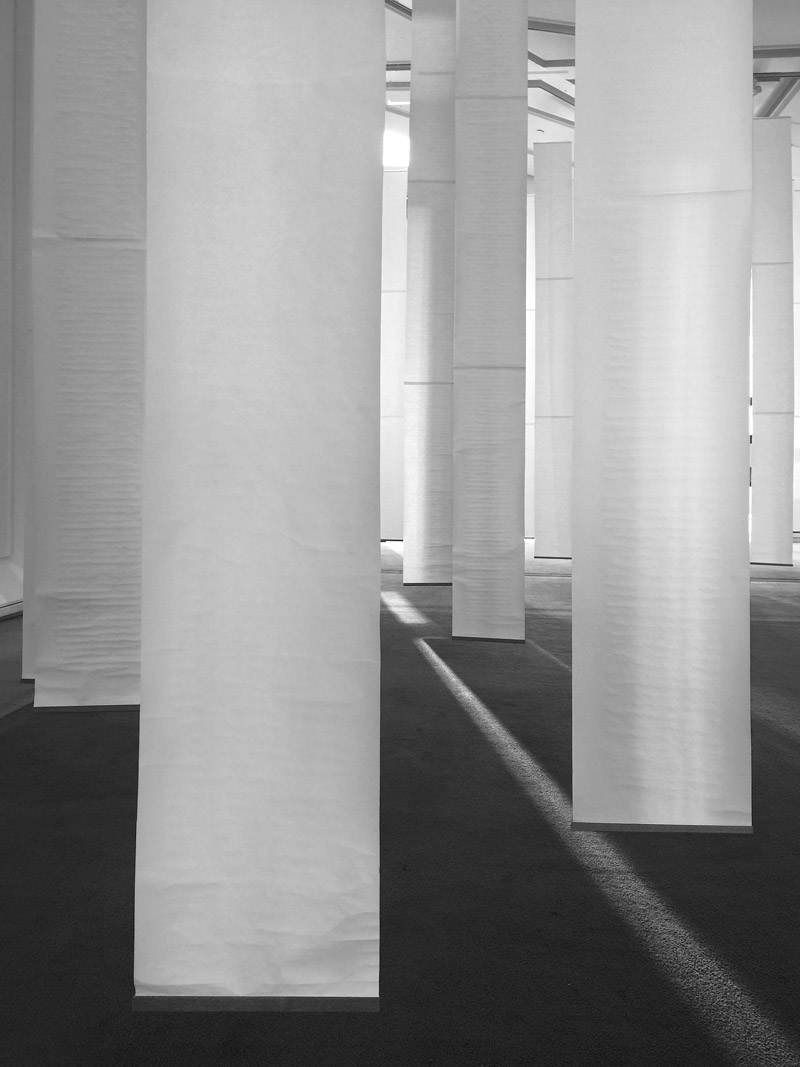 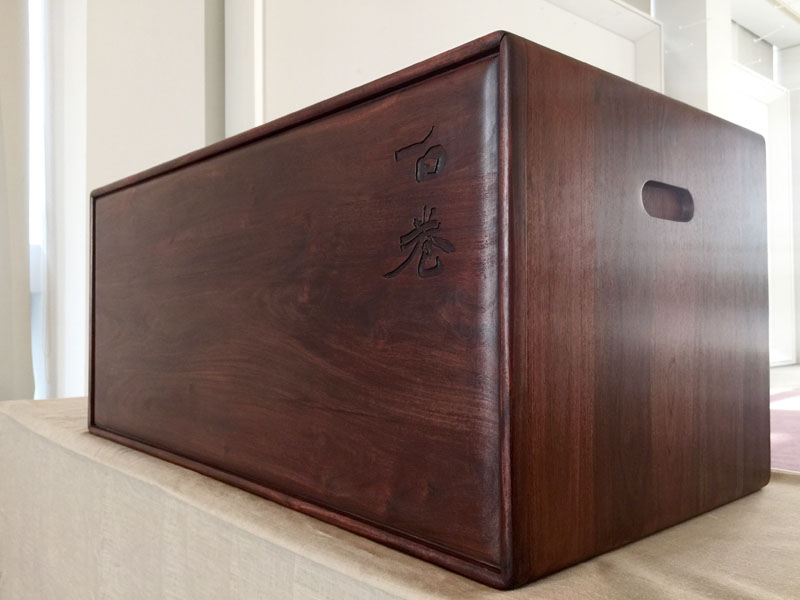