At the end of 2014, the French nonprofit organization Art of Change 21 invited twenty-one artists, social entrepreneurs and young leaders from twelve countries to Paris for a brainstorming meeting, discussing how to positively influence the COP 21, the 21st United Nations Climate Change Conference in Paris in 2015. In the end, the idea Maskbook, brought up by Wen Fang, the only invited Chinese female artist, stood out and became one of the organization’s two art projects implemented in 2015, and continued for three years until the COP 23, the 23rd United Nations Climate Change Conference. 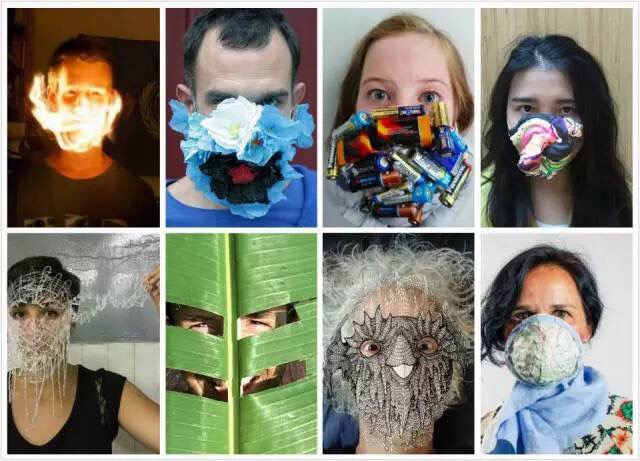 On the evening of December 10th, 2015, when Fançois Hollande, the President of France, came to see the exhibition Solution COP 21 in The Grand Palais des Champs-Élysées, he visited the exhibit station of Maskbook. Wen Fang explained to Hollande that “air pollution is one problem the whole world has to face together. The significance of the Maskbook project lies in that it attracts individuals and allows them to participate in fighting global warming and air pollution in creative ways. Starting from Maskbook, what a mask represents switches from fear and self-protection to contemplation and taking responsibility.” Hollande replied “great. I will make a Maskbook for myself.”

The exhibition Maskbook had been displayed at the symposium’s site during the COP 21. Being a native, born and raised in Beijing, Wen Fang remarked “as for the problem of smog, to which the Chinese paid the most attention in 2015, none of us is innocent. As an artist, when presented with such an opportunity, I have to take it and do something to address the air pollution issue, instead of complaining and waiting. By the end of 2016, Maskbook’s website (maskbook.org) had received more than one thousand pieces of mask artwork from nearly fifty countries all over the world. Via these mask works, each participant expresses his/her worry, contemplation, solution and wish regarding air pollution. The number is still climbing.” 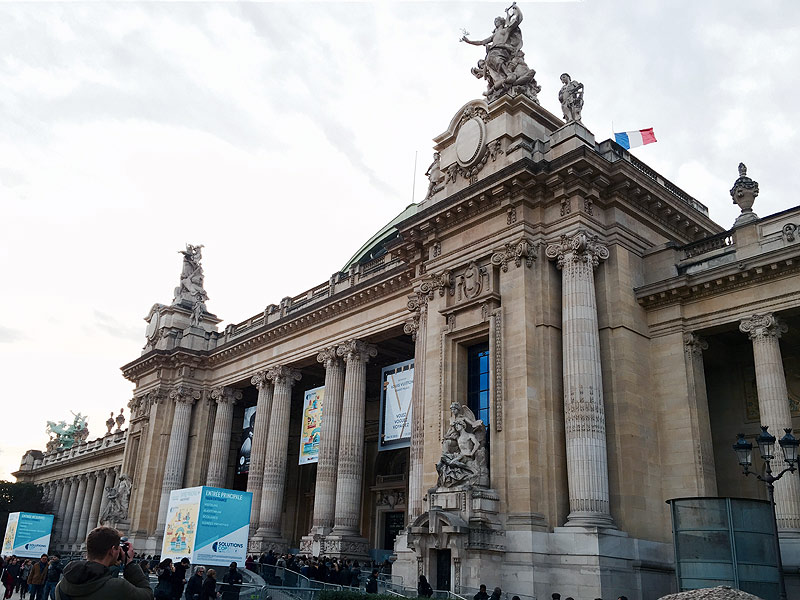 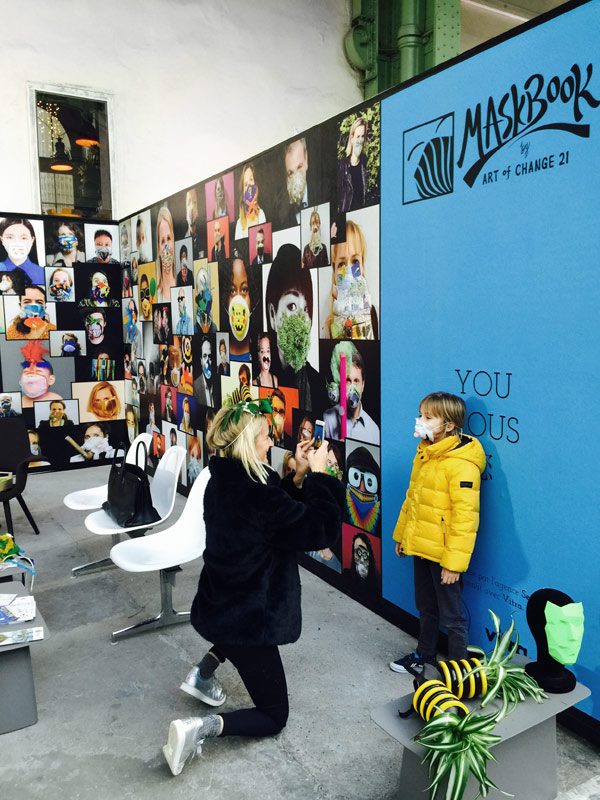 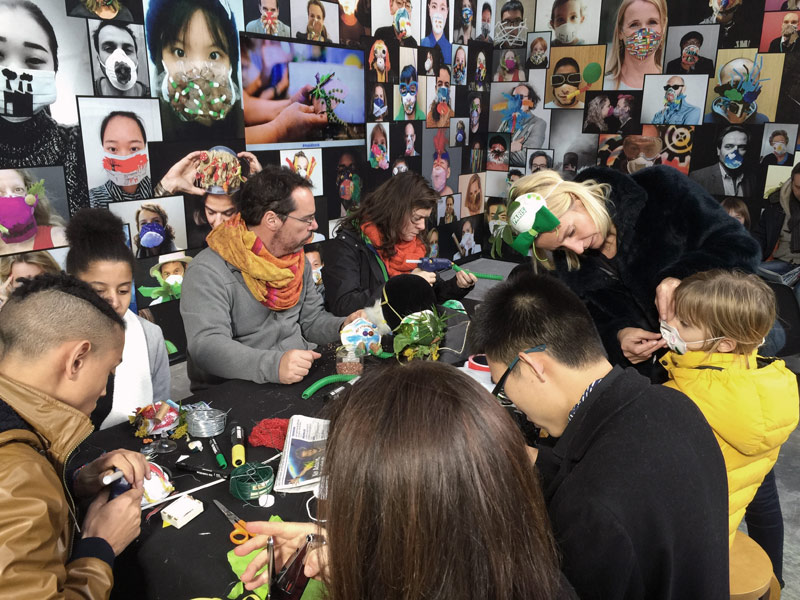 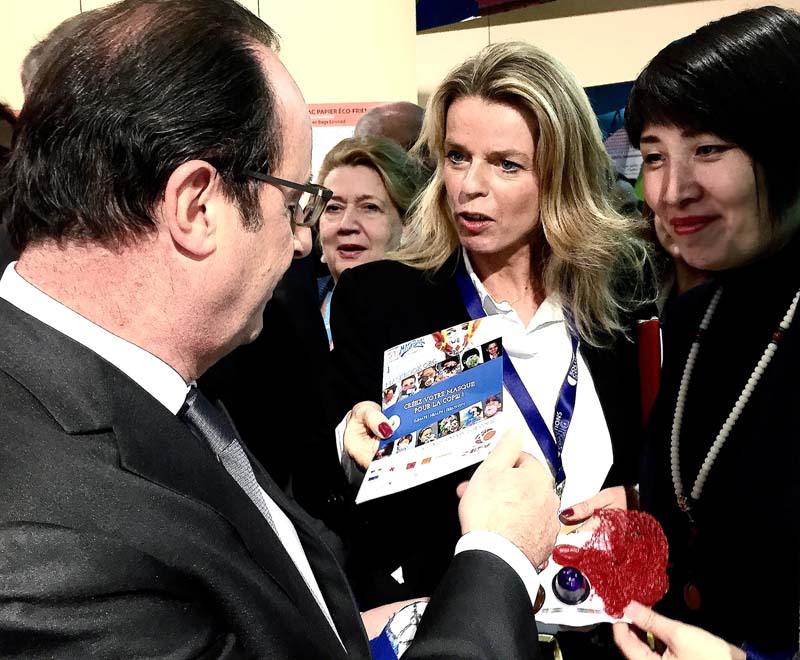 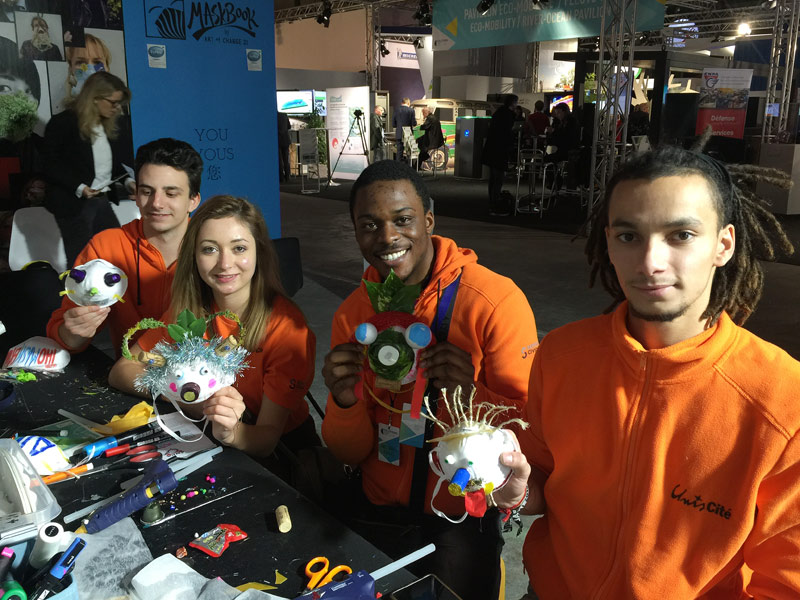 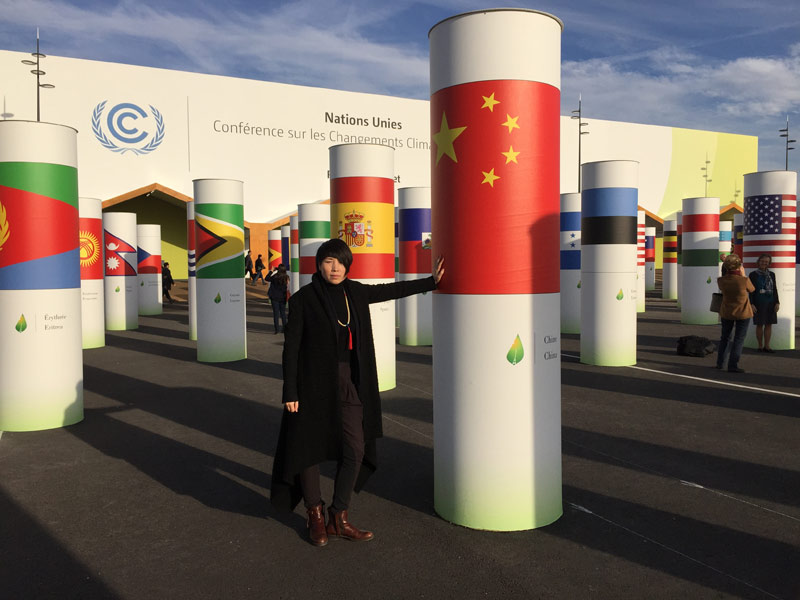