In May 2011, Olivier, Dior’s Global Director of Communications, told me: I wonder if you could do a piece, using a Lady Dior handbag as inspiration, which would be part of our global exhibition?

One month later, I handed the plans for “Clamp” to Olivier. I thought that it might not be accepted, but surprisingly it passed without a problem. I think this is the reason that I have cooperated with Dior many times. An alligator bag influenced me. I cast the shape of a Lady Dior handbag in transparent resin with a real open-mouthed alligator skull inside it. It was special luck for me to get the skull prior to doing this work. I named this work “Clamp”, just like the shape of the open mouth of the alligator. I thought that just as we can be clamped by something, the clamp itself might also become the thing that is clamped. 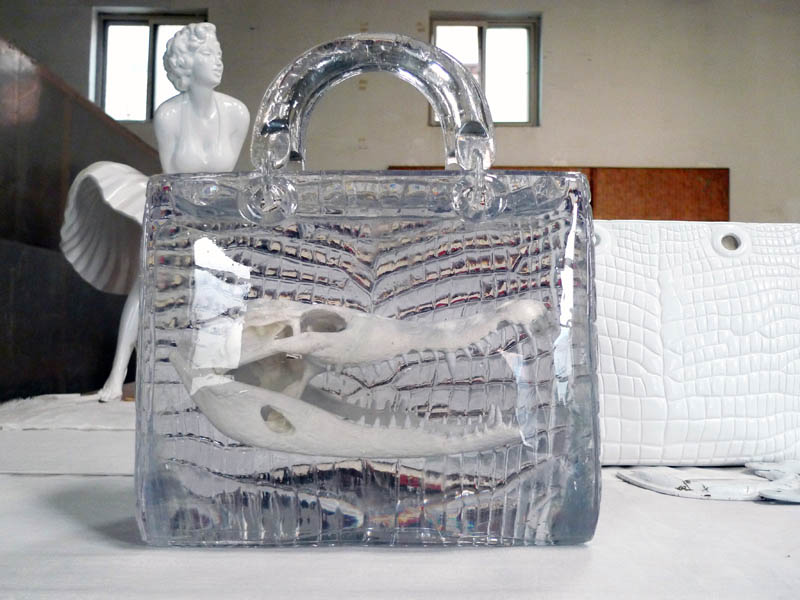 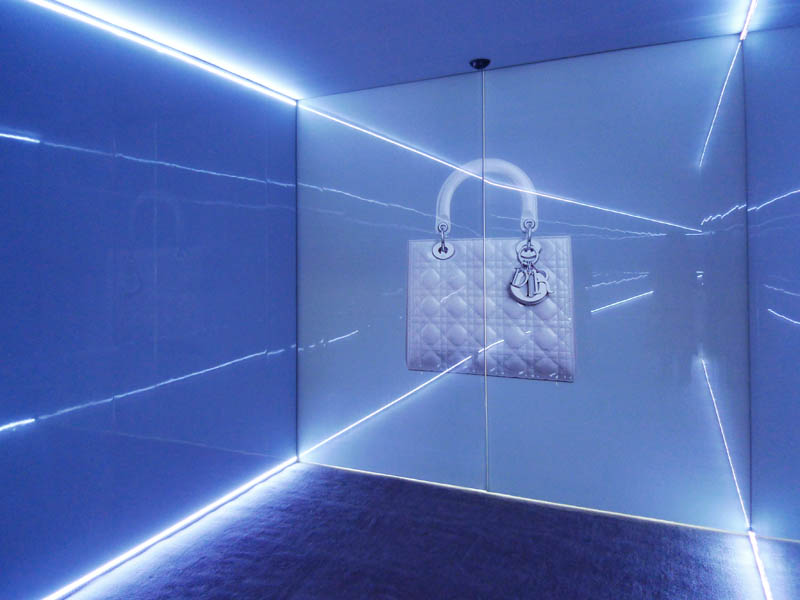 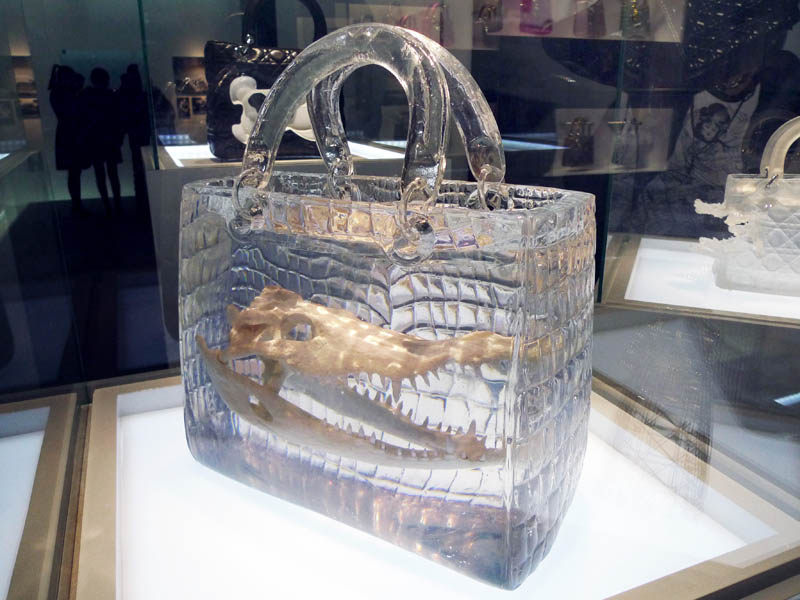 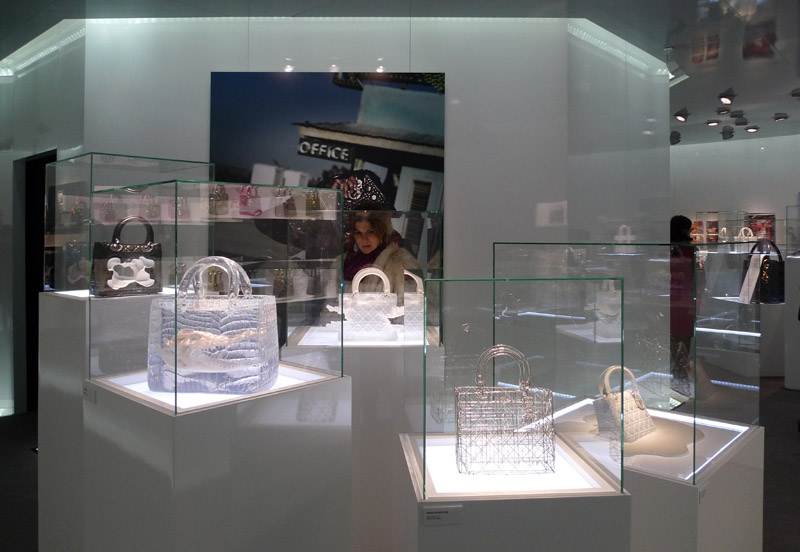 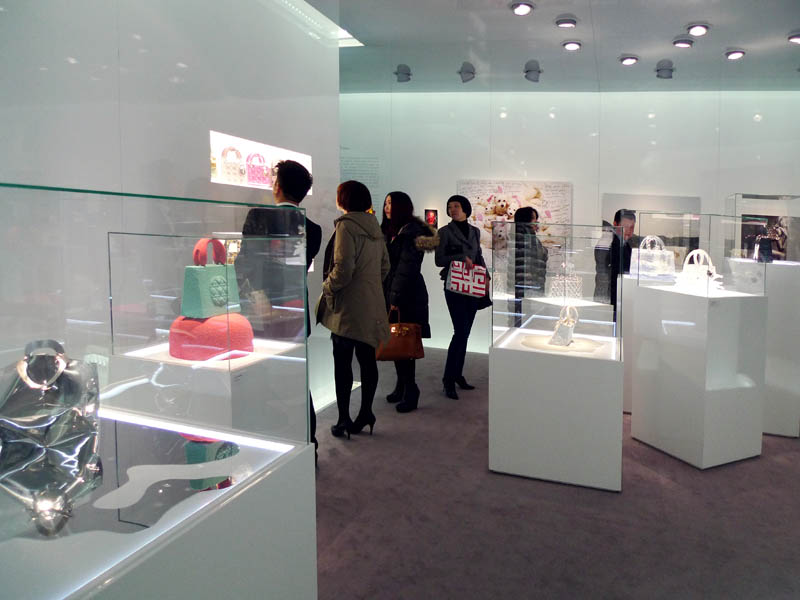