To Keep on Living

I met a lot of orphans this year, orphans in northwest China.
That is because of a French organization that has been assisting orphans in remote regions of China for a decade; it is called the Children of Madaifu. (www.madaifu.org)
The organization’s founder, Doctor Marcel Roux, began as a member of Médecins Sans Frontières. He founded this organization while working in China to support orphans in remote regions of China, so that they can remain with friends and relatives and don’t become lost children. As long as the children get good grades, they will be supported through college. To date, the organization has proudly helped to produce many college graduates.
I was touched by their story, and I resolved to learn more about them. What’s more, I wanted to make a work of art especially for them; I entitle it To Keep on Living.
I went twice with their volunteers to Gansu and Shaanxi provinces. In this poor, arid mountain region, I met dozens of the organization’s “new children” and “old children”. What made the strongest impression on me was that the children who were just starting to get support never laughed or smiled. The expression on their faces wasn’t one of pain, but of numbness. The children who had been receiving support for at least a year, however, would always break into a wide grin when they saw the volunteers. One girl told me that before she met the organization, she could never look anyone in the eye. Her early experiences had made her unable to trust anyone. Now she is starting to feel that there is hope in this life after all.
I saw that the volunteers would personally deliver the money to cover the child’s expenses to their guardians every three months. In this way, grandparents with no other income would be able to provide for these children to attend school. Anne, one of the organization’s volunteers, said to me, “I saw that the children were still wearing flip-flops in the middle of winter, so at New Year’s, the organization would bring gifts to each of the children: a bag of rice, a bottle of oil and a pair of shoes.” Volunteers personally carry the rice and shoes to each orphan’s home, without any middleman whatsoever. In Beijing, to save money, the organization has never rented an office. All meetings are held in the volunteers’ homes.
I saw a lot of suffering this year, but also a lot of hope.
I don’t know if I believe in patriotism, because I don’t think that love should be meted out according to national borders. Seeing all that these loveable French friends are doing for Chinese orphans, I feel like they’re a part of my family.
Disputes between countries will never end, but we will always have people who use the most of their limited abilities at our side, making us feel warm in the cold winter nights.

(The artwork consists of thirty custom-made small classroom desks with portraits of children printed on the wooden surface. Proceeds from the sale of the artwork will be donated to the Children of Madaifu. The images are water and light-resistant, and the tables can be used just like any piece of regular furniture in the home.) 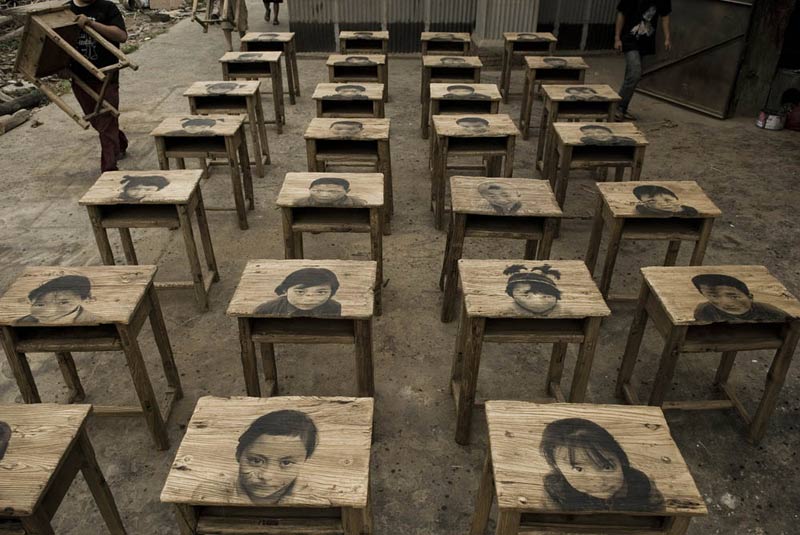 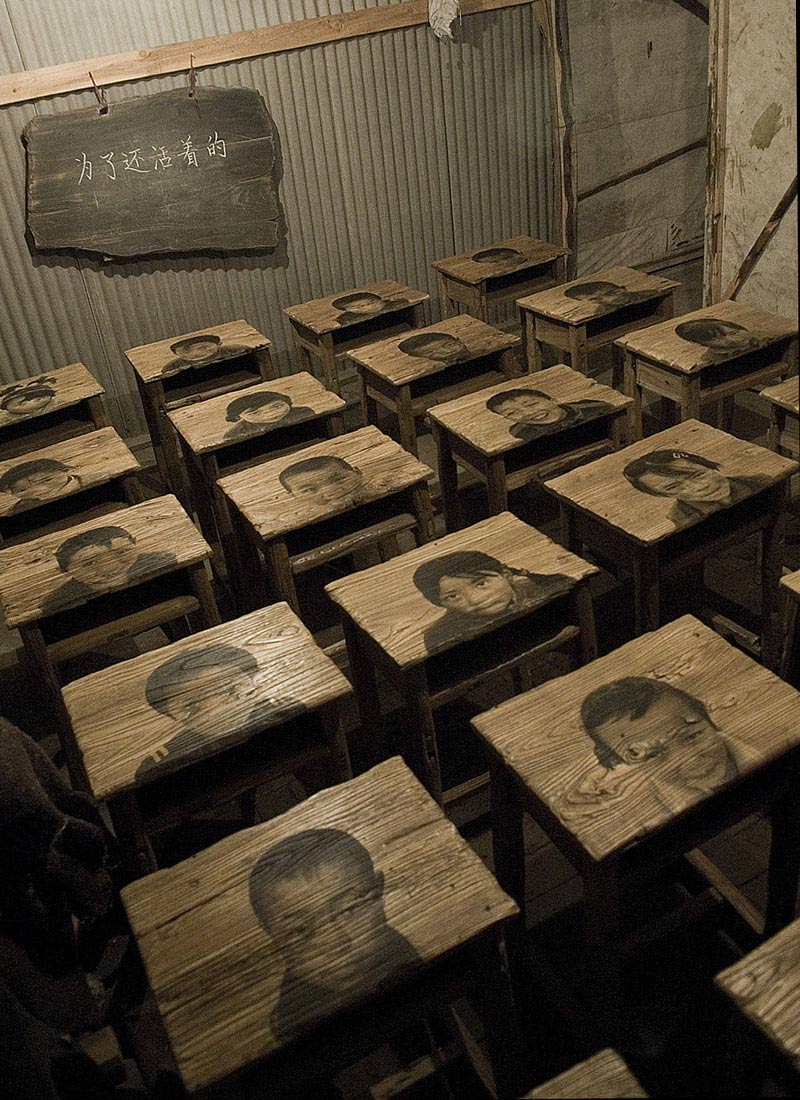