Lots of migrant children live in suburban areas with their parents who leave their hometown and come to Beijing for jobs. Unlike local students, they are not entitled to a free and compulsory 9-year education because they are not registered as residents of Beijing. By accident, I made the acquaintance of the principal of Beijing Changping District Dongfanghong School, a primary school for migrant children near my studio. I learnt from the principle that some children could not afford their annual tuition fee of around 3000RMB since their parents have only unstable source of income. In particular, LJ, a girl in the 4th Grade suffers from handicapping sequelae of cerebral palsy due to suffocation during birth and thus, is not able to run or jump as other kids do. She has to tiptoe all the way to school every day and often trips over. Her family is already deeply in debt through the operation LJ underwent at three. In order to fix her, they came to Beijing and started a fruit business, but still they are leading a very hard life. It is her parents’ hope to have another reconstruction surgery performed on little LJ so that she will be able to live an independent life when she grows up. 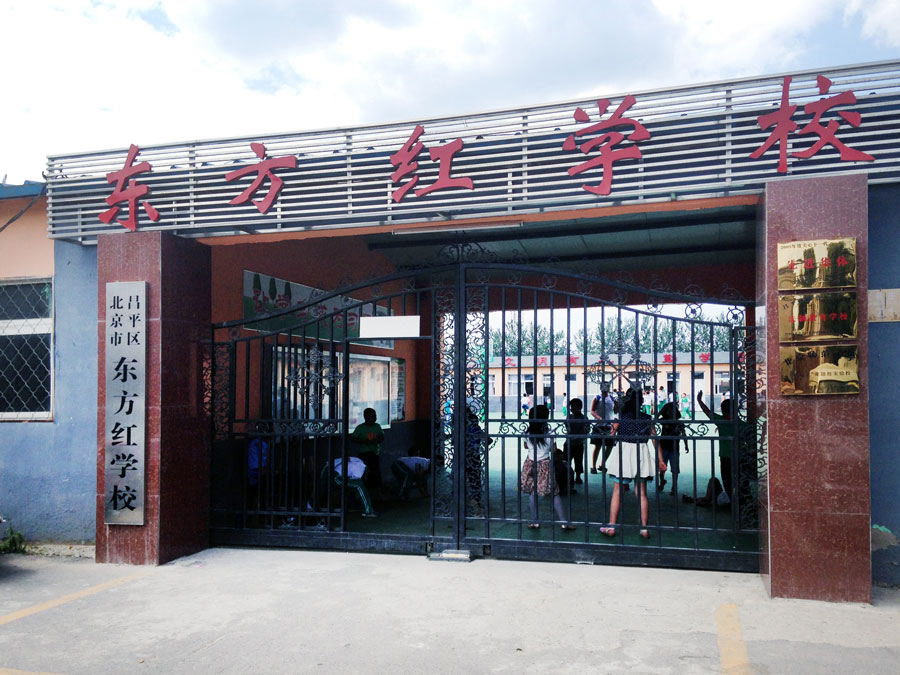 After a discussion with my friends ZHENG Qingyan and HE Caihong, members of EMBA Creative Arts and Culture Association, we developed an “Arts Program for Little Migrant Birds” (a metaphor for migrant children) at the beginning of July, 2014 in the hope that the children are exposed to arts and given the opportunity to fall in love with arts and create their own works which will then be exhibited and sold. One third of the money they earned is donated to LJ and the rest will be a source to ease their family’s financial burden. In this respect, arts bring these children happiness, independence and a chance to help others.

Miss HE and Mr. ZHAO Xiaojun bought two pieces of my works, the profits of which were used to buy painting materials and cameras. The Program was then kicked off by inviting over 20 students whose family is in a rather tough financial situation from Dongfanghong School to my studio to learn drawing and photography during their summer vacation. For the whole summer, they came three days a week; as the new semester started, they perform their creative work every weekend. 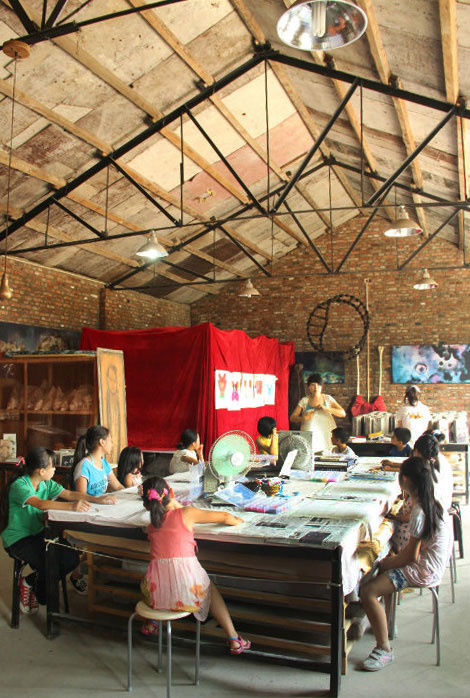 It is not a difficult job for me to teach the children photographic techniques and possible methods of observation since I have pursued a degree in photography in France. Twenty students take turns to play with four Nikon compact digital cameras and it should be noted that all photos are taken by themselves without my presence. As regards drawing lessons, I hope they find it interesting while taking into consideration that they know nothing much about this profession. That is why I tried creating with them using iron, oil pastels, hair-dryer and canvas. More than 100 works have now been produced. Of course, credits should also be given to dozens of volunteers who helped us throughout the teaching and creation process. 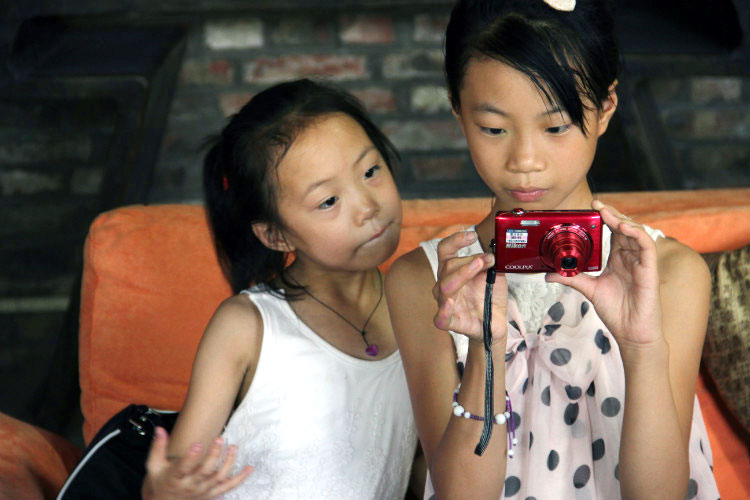 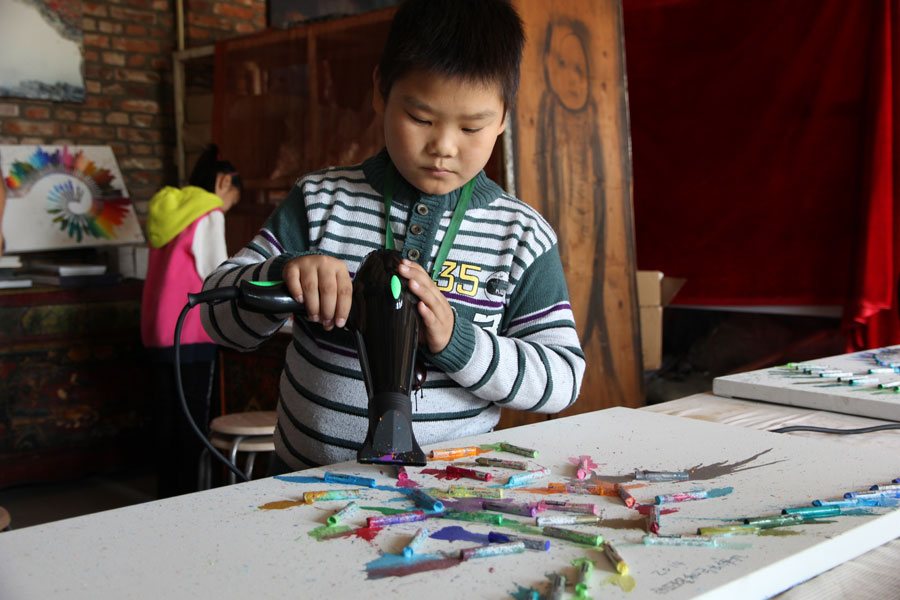 We have held altogether two arts exhibitions by December 2014. The first one entitled The Summer of Little Migrant Birds was hosted at the food market in the village. I chose the food market in the hope that migrant workers who toil to earn their living can appreciate their children’s arts exhibition at their most convenience. This is because I regret that my work The Influx of Migrant Workers in the PRC in 2008 has not been visited by a single migrant worker despite the fact that it has been displayed at a French gallery of the 798 Art Zone and has achieved much success. 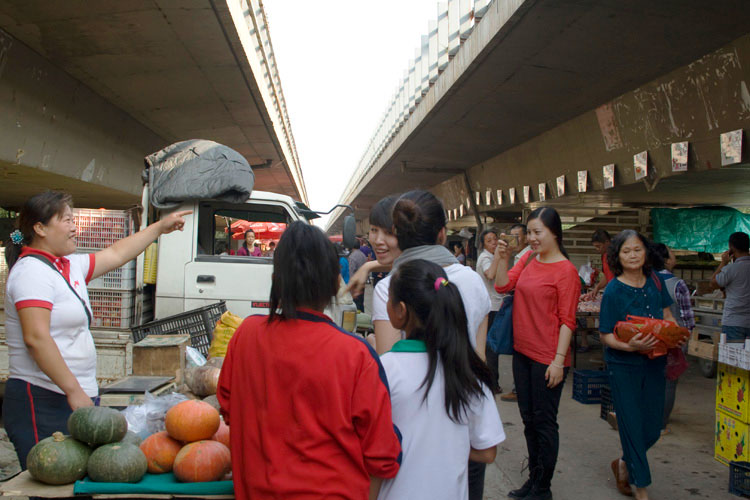 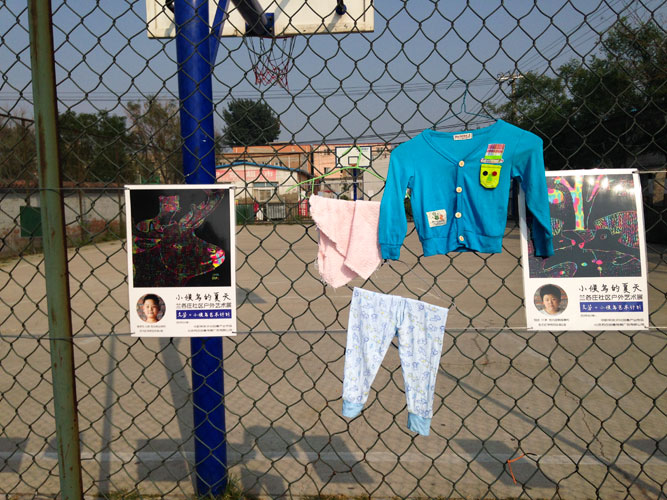 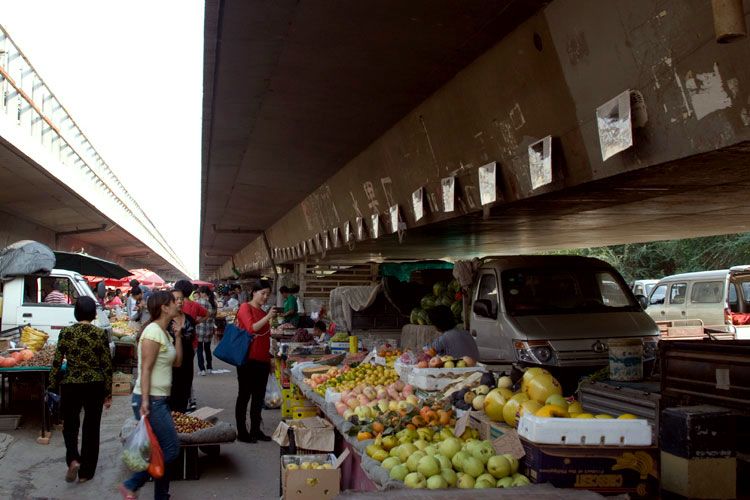 The second exhibition “Migrant Birds – The Arts Exhibition of Wen Fang and Migrant Children” was held at Benxi Gallery of 798 Art Zone, a small gallery discovered by our curator ZHENG Qingyan that is willing to provide us with a free exhibition hall. At the opening of the exhibition, all the “little migrant birds” were invited and received media interview as young artists. 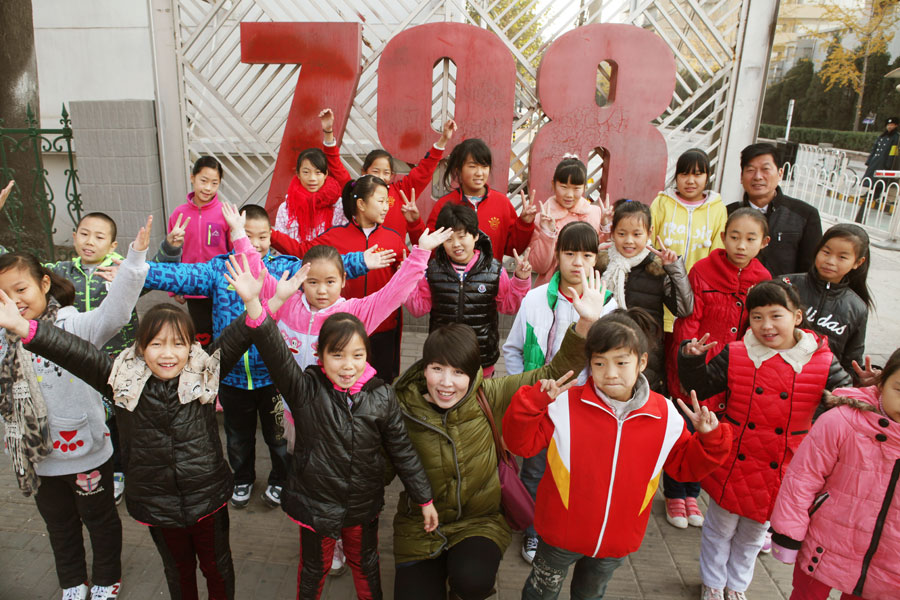 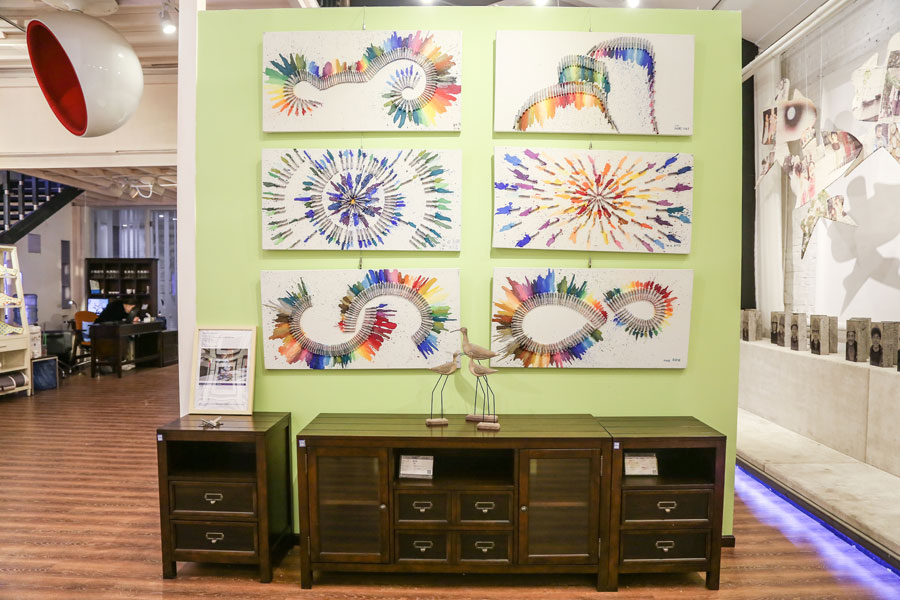 During the one month exhibition, most of the children’s works were sold thanks to the efforts made by people from all walks of life. Their individual income ranges from 200 to 2000RMB, excluding the surgical expense they have donated to LJ. With the children’s donation plus the income from the fundraising sale of my new works, we finally scraped up over 23,000RMB for LJ’s surgery at the China-Japan Friendship Hospital. 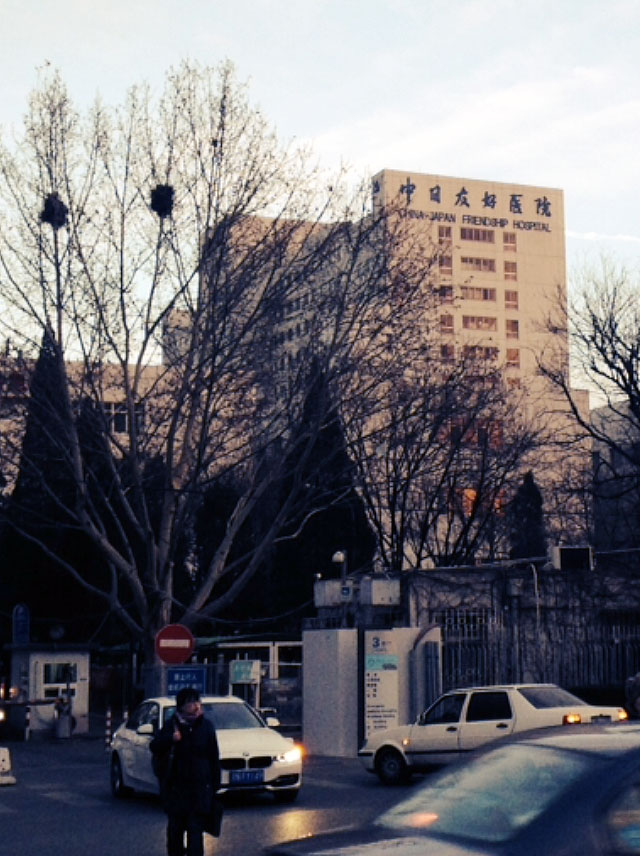 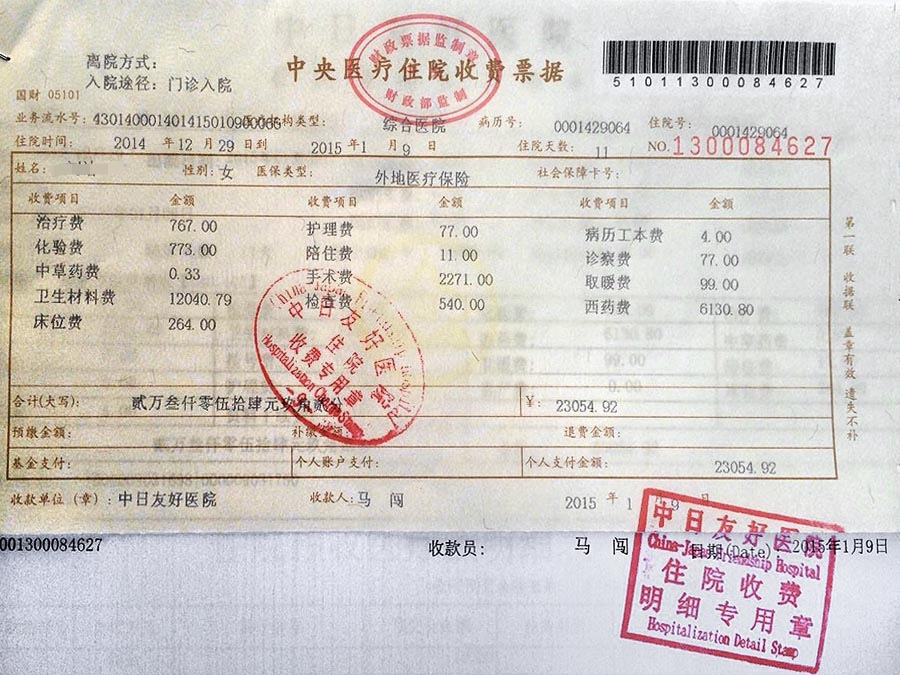 From my work The Influx of Migrant Workers in PR in 2008, the three-year art program in cooperation with village women in Ningxia between 2009 and 2011 all the way to the “Art Program for Little Migrant Birds” in 2014, I was often asked why I always create arts with the struggling working class. I think it is because I was poor when I was a kid just like them and I came to understand before I turned 10 the cruel fact that poverty does stand in the way of arts creation. It becomes a knot in my heart just as everybody else has their own. So I try to untie it by demonstrating that the arts is more than a noble profession that is far away from ordinary workers. In doing so, I involve the ordinary workers in my works or encourage them to be independent and respectful producers and appreciators of the arts.

The Arts Program for Little Migrant Birds has lasted for seven months now, but the curator ZHENG Qingyan and I have to take other paid jobs to earn our own living. Many parents asked if I would continue teaching their children drawing, and I said: “We will if there is any suitable opportunity”.